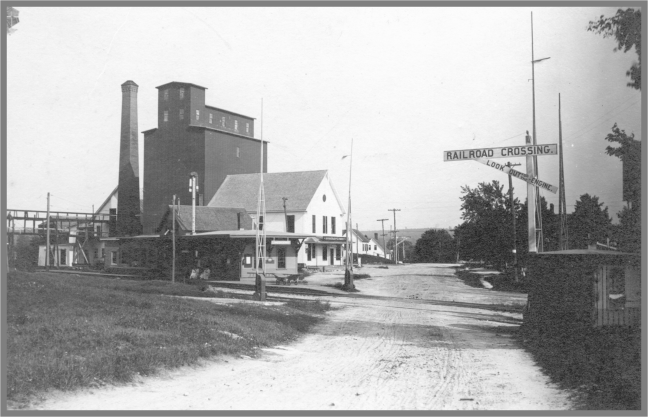 Editor’s note: This “Taking to the Trails” column first appeared in The Londonderry Times newspaper.

We are indebted to our Londonderry forefathers, who have been fine stewards of our natural resources over the Town’s 300-year history. Despite enormous growth in population the last 60 years—from 2,500* in 1960 to over 26,000 today—the Town still offers rustic countryside with multiple apple orchards, abundant ball fields, over 1,000 acres in the Musquash Conservation Area, and a network of walking trails throughout our 41.9 square miles. (*The 1830 census counted fully 1,469 residents!)

And while Londonderry has convenient highway access to northern New Hampshire and south to Boston and beyond, it also benefits in a quieter way, from being one of the 16 fortunate communities that host a portion of the 125-mile Granite State Rail Trail. This route stretches from Lebanon on the Vermont border to Salem on the Massachusetts line. Volunteer groups from each town along the Trail are hard at work redeveloping former rail roads that will one day all be linked.

Born as a railroad

The period from 1830–1860 is when railroads first took off. At their peak, 300,000 miles of track had been laid across America, six times today’s length of interstate highways. It has been said that the train depot replaced the village green as the center of New England towns after 1850.

The Manchester and Lawrence Railroad opened in 1849, bringing freight and passenger service between Manchester and Boston for the first time. The Boston & Maine Railroad, which dominated New England, acquired the line in 1887. B&M rail lines fueled the development of New England’s manufacturing cities, generated tourism and diminished the isolation of life in the country.

Londonderry’s main station was on Mammoth Road just north of Hall Road, a site known as the Londonderry village. A fire in 1921 destroyed the village, including the station, the Annis Grain & Lumber mill, the post office, general store and one home. An old passenger car served as a station until 1930, when the small station at Wilson Crossing—where Auburn Road now meets Verani Way—replaced it. Wilson Depot had closed early in World War I.

End of the line

The advent of automobiles signaled the end of railroad dominance, followed by the Great Depression. After a surge during World War II, rail transportation nose-dived; passenger service to Manchester ceased in 1953. The line from Derry to the airport was abandoned by Boston & Maine in 1986, closing Londonderry’s railroad chapter.

People have been walking along deserted rail beds since the 1960s, but as thousands of miles of lines were being abandoned in the 1980’s, Congress stepped in to create “rail-banking,” which allowed interim use of trails while preserving inactive corridors for future rail potential. The Rails-to Trails Conservancy nonprofit was founded in 1986 to promote corridor preservation, recreation and protection of open space. And in 1991, federal funds first became available to help develop trails explicitly for alternative transportation programs.

Since 2013, Londonderry Trailways members have collaborated with residents to develop 4.5 of our 6.1 miles of the Trail— now almost 75% complete. The newest segment, finished in fall of 2019, is the Little Cohas section that begins in old Londonderry village and reaches the Manchester-Boston Regional Airport at Harvey Road. The next phase is already funded and will connect us with Manchester sometime in the next two years.

The final phase will then bring us to Derry and complete our mission of developing the Town’s entire Rail Trail. It will also fill a gap in the southern NH route and help lead to a continuous, paved pathway from Manchester to Salem. For now, trail enthusiasts can enjoy a round trip of 9 miles in Londonderry. For a longer stretch, park at Hood Pond in Derry and travel 9.4 miles to the Tuscan Kitchen in Salem–18.8 miles round trip.

Trail Update: Additional parking – the Town of Londonderry, in cooperation with the Manchester–Boston Airport has graded the land for parking across the street from our current, northern trail endpoint on Harvey Road, and painted a crosswalk for trail users. For more Trailways information, go to: http://www.londonderrytrailways.org.